From the son of my dear friend Karol Truman, here is Dan Truman & his group, Diamond Rio, Singing “In God We Still Trust”

And here is an interesting & inspiring note from Karol, author of the incredible book I have LONG recommended, “Feelings Buried Alive Never Die.”

“What an amazing accomplishment for those who did this!!!  It literally brings tears to my eyes…if this doesn’t remind Americans how very grateful & appreciative we ought to be for our country, I don’t know what will.  May God bless us all…. 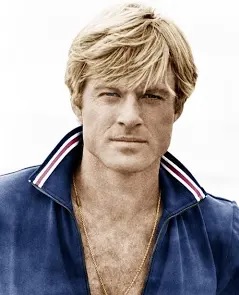 This will help you to understand why I always say that every family or someone close to them has been negatively affected by an antidepressant whether they know that yet or not.
Every 4th of July  my children & I spent watching the largest Independence Day parade in America on Center Street in Provo, Utah with our dear friends Frank & Phyllis Van Waggenen, parents of Robert Redford’s now ex-wife, Lola Van Waggenen,
Everyone would gather on Frank & Phyllis’ front porch or front lawn. We always knew we would have the perfect spot waiting for us there & be able to visit with all our friends as well. And Robert & Lola & their children would often be there as well.
In the Fall of 1991, not long after returning from the first FDA farse of a hearing on Prozac, I got a short note in the mail from Phyllis. She was writing to thank me for the copy my first booklet on Prozac, The Prozac Pandora, which I had recently left at their door when I did not find them at home. The note said they were so grateful for the information from the book because it “helped them to understand what they had been through during the past year”.
Of course upon receiving that message, with great concern, I immediately called Frank and Phyllis to make sure they and their family were okay. Phyllis began to share with me their own Prozac nightmare.
She explained that while visiting New Orleans for the Marti Gra she and Frank were attacked near their hotel & Frank’s watch was stolen. In the attack Frank was hit in the head and had to be hospitalized there for a concussion.
[Keep in mind that someone who has had a head injury should never be given an antidepressant. Wellbutrin was the only  antidepressant with strong warnings of this in 1991. This was also an issue that affected Roseanne Barr while on Prozac since as a teen she had been hit by a car & suffered a serious head injury when the  hood ornament was imbeded in her forehead!]
Then not long after they returned home to Utah Frank, within a very short period lost five friends to death. (When you are elderly that does begin to happen. It is normal but never easy, especially when multiplied by five!)  But rather than look at it as a normal process of life, their  doctor immediately put Frank on Prozac to cope with the loss of so many friends in such a short time.
Within only one week on Prozac Frank was diagnosed with Rapid Onset Alzheimer’s. The facility issuing the diagnosis let the family know that they wanted to commit him to a long term facility.
Luckily their daughter, Lola Van Wagenen Redford, put her foot down and refused, She asked them instead to take him off the Prozac.
They refused. And when she told them the family wanted to take him home and take him off the drug themselves the facility wished them luck in getting him off Prozac! (This was in 1991 and after only one week on the drug! Clearly those doctors had already learned the extremely addictive qualities of this mother drug of all the SSRI and SNRI antidepressants & their withdrawal from hell if you do not know how to very slowly wean off these drugs!)
But Lola was right & the family was able to get Frank off the drug safely & he miraculously recovered from his “rapid onset Alzheimers”! The only long term effect that stayed with him was that he never did regain any recall for that one week’s time he was on Prozac. All memory of that was gone for him.
But after two decades of leading the nation in the use of the Prozac family of antidepressants, Utah gained the number two spot for leading the nation in Alzheimers cases in 2009! Obviously it is long overdue that Utah, the nation and the world wake up to the connection between Alzheimers, as is the case with autism and Bipolar, all are conditions of elevated serotonin levels. Utah is also the antidepressant, ice cream and jello capital of the nation, & they are home of the sugar beet industry – all of which increase serotonin levels. So it should be no surprise that Utah has some of the highest rates of Alzheimers, autism and Bipolar nationwide.
Remember that with the serotonergic diet pills Fen-Phen & Redux it was the elevated serotonin that produced the gummy gooey glossy substance to build up on heart valves. They now have research demonstrating that in Alzheimers there is a gummy, gooey, glossy substance that builds,
SSRI antidepressants affect memory so strongly that “amnesia” is listed as a “frequent” side effect.
Posted in Breaking News - Our Most Recent Serotonin Nightmares. and tagged 4th of july, Alzheimer's, Feelings Buried Alive Never Die, Fen-Phen, Independence Day parade, Prozac nightmare, PROZAC STORY, Redux, Robert Redford, serotonergic diet pills.