So why is it that in America medical professionals, the court system and the general public who take these drugs remain completely oblivious to this information first published three years ago supporting all I have been warning about these drugs for 30 years? Could it be our bought media or “fake media” as President Trump calls them or “Operation Mockingbird” as the CIA calls them? Just how responsible for the lack of this lifesaving information are the media?

An in-depth analysis of clinical trials reveals widespread underreporting of negative side effects, including suicide attempts and aggressive behavior 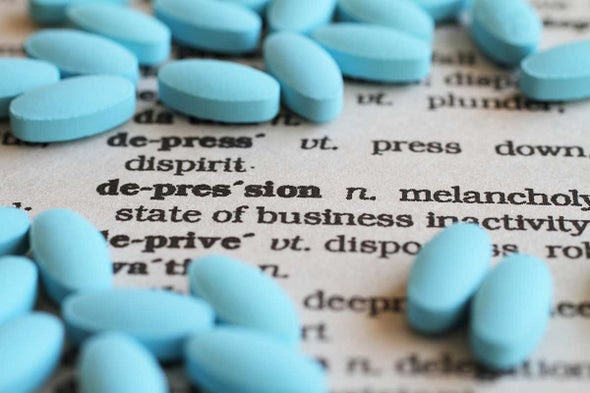 Antidepressants are some of the most commonly prescribed medications out there. More than one out of 10 Americans over age 12—roughly 11 percent—take these drugs, according to a 2011 report by the National Center for Health Statistics. And yet, recent reports have revealed that important data about the safety of these drugs—especially their risks for children and adolescents—has been withheld from the medical community and the public.

In the latest and most comprehensive analysis, published last week in BMJ (the British Medical Journal),a group of researchers at the Nordic Cochrane Center in Copenhagen showed that pharmaceutical companies were not presenting the full extent of serious harm in clinical study reports, which are detailed documents sent to regulatory authorities such as the U.S. Food and Drug Administration and the European Medicines Agency (EMA) when applying for approval of a new drug. The researchers examined documents from 70 double-blind, placebo-controlled trials of two common types of antidepressants—selective serotonin reuptake inhibitors (SSRI) and serotonin and norepinephrine reuptake inhibitors (SNRI)—and found that the occurrence of suicidal thoughts and aggressive behavior doubled in children and adolescents who used these medications.

Riddled with conflicts
This paper comes on the heels of disturbing charges about conflicts of interest in reports on antidepressant trials. Last September a study published in the Journal of Clinical Epidemiology revealed that a third of meta-analyses of antidepressant studies were written by pharma employees and that these were 22 times less likely than other meta-studies to include negative statements about the drug. That same month another research group reported that after reanalyzing the data from Study 329, a 2001 clinical trial of Paxil funded by GlaxoSmithKline, they uncovered exaggerated efficacy and undisclosed harm to adolescents.

Because of the selective reporting of negative outcomes in journal articles, the researchers in the most recent BMJ study turned to clinical trial reports, which include more detailed information about the trials. They discovered that some of most the useful information was in individual patient listings buried in the appendices. For example, they uncovered suicide attempts that were passed off as “emotional lability” or “worsening depression” in the report itself. This information, however, was only available for 32 out of the 70 trials. “We found that a lot of the appendices were often only available upon request to the authorities, and the authorities had never requested them,” says Tarang Sharma, a PhD student at Cochrane and lead author of the study. “I’m actually kind of scared about how bad the actual situation would be if we had the complete data.”

“[This study] confirms that the full degree of harm of antidepressants is not reported,” says Joanna Moncrieff, a psychiatrist and researcher at University College London who was not involved in the study. “They are not reported in the published literature, we know that—and it appears that they are not properly reported in clinical study reports that go to the regulators and form the basis of decisions about licensing.”

Opening the black box
Getting access to clinical trial reports is no easy feat. Peter Gøtzsche, a clinician researcher at Cochrane and a co-author of the recent study made the first attempt to obtain these files from the EMA for antiobesity pills in 2007. “The EMA flatly denied us these reports,” Gøtzsche says. “They talked about commercial confidentiality although there was absolutely nothing in these reports that was commercially confidential. We explained that all this secrecy actually cost human lives, but they weren’t interested in that at all.”

It was only after three years, multiple requests and complaints to the European Ombudsman, an individual elected by the European Parliament to investigate claims against European Union institutions, that the research team finally received the documents. Following this case the EMA declared that it would widen public access to clinical trial–related documents. According to Gøtzsche, although they were able obtain this breakthrough in Europe in 2010 this has yet to happen in the U.S. “What America really needs is an ombudsman,” he says.

Researchers need better access to data from clinical trials in order to conduct assessments unimpeded by industry influence, Gøtzsche says. “It’s deeply unethical when patients volunteer to benefit science and then we let drug companies decide that we cannot get access to the raw data. The testing of drugs should be a public enterprise.”

Time to reassess?
Because many prior studies found increased suicidal ideation with antidepressant use, in 2004 the FDA gave these drugs a black box warning—a label reserved for the most serious hazards—and the EMA issued similar alerts. There are no labels about risks for aggression, however. Although hints about hostile behavior existed in the past, including in published case studies, last week’s BMJ study was the first large-scale work to document an increase in aggressive behavior in children and adolescents. “This is obviously important in the debate about school shootings in the States and in other places where the perpetrators are frequently taking antidepressants,” Moncrieff says.

Taken together with other research that raises questions about the pros and cons of this class of drugs—including studies that suggest antidepressants are only marginally better than placebos—some experts say it is time to reevaluate. “My view is that we really don’t have good enough evidence that antidepressants are effective and we have increasing evidence that they can be harmful,” Moncrieff says. “So we need to go into reverse and stop this increasing trend of prescribing [them].”

Diana Kwon is a journalist with a master’s degree in neuroscience from McGill University. She writes about health and the life sciences from Berlin.