Skip to content
-
From the day we set up our group  Lexapro Should Be Illegal it has been flooded with people from Brazil so clearly Brazil has many taking antidepressants there as well as anywhere else.
Link to original news article: students killed in Sao Paulo school shooting

The Common Denominator in School Shootings

“The symptoms I see in patients who use/abuse serotonergic drugs of any form…could aptly be described as the “Hitler syndrome” (over-confidence in one’s own policies or decisions, no fear of consequences, criminal behavior, the death of people close to the abuser as the preferred method of solving problems in the abuser’s life, coldness and lack of humanity). I feel that in twenty years or less we will be confronted not with one Hitler but with thousands or millions… numbers so great that we will be forced to interact with their distorted thinking on a daily basis. (Littleton, CO., Riverton, KS., Jonesboro, AR., eventually little Hitlers in every town in America will grow up into BIG HITLERS) It is happening right now. The most insidious factor about long-term serotonin abuse is that it enhances the individual’s persona to the point that they are able to manipulate others into their way of thinking just as Hitler did. This causes distorted thinking, abnormal behavior, and loss of morality to spread like a contagion to otherwise normal people who have not even been exposed to the drugs. Those on the drugs are converted by the pharmacologic/physiologic processes into sociopathic demagogues.

My answer: No! They come from their local doctor’s office after they have been given drugs very similar in action to a slow fuse version of PCP (Angel Dust) or LSD. If you watch the video below of the only school shooter to ever speak out about what happened to him while his father sits with him supporting him, you will see no broken home, no previous problems with behavior. This was a wonderful family on a farm in western Washington state with a shy 16-year-old boy preparing to finish his Eagle Scout soon and then leave on a two-year mission for the LDS Church. His shyness was the reason a doctor prescribed Paxil for him. 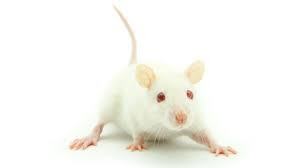 To date, no research has been done to show how often this happens in antidepressant withdrawal even though RBD has long been known to be a drug withdrawal state. It should be expected to be far higher in withdrawal and yet we already have 86% involving patients currently taking these drugs.