Skip to content
-
Wow! How many officers in SLC are on the same medications the public there is also taking?!!! Last summer we learned 25% of the women there are on them. Utah has long led the way in the use of the drugs. But to watch this you would never know that one of the first public lectures I gave on the antidepressant-induced violence was to the police in that county! Of course that was in the early 90’s so these would all be new officers who did not hear the information.. 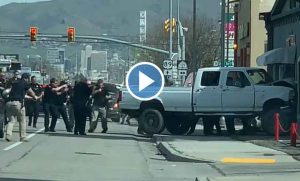 April 20, 1999 Chief Ortega, Salt Lake City Police Chief, was on the phone with me discussing the antidepressant-withdrawal shooting at the LDS Family History Library where my good friend Don Thomas lost his life as the security guard there. (I couldn’t tell you how many lectures he & I had spent discussing the dangers of these drugs as I warned him what he could be & did end up facing that day!) As Chief Ortega & I were speaking the Columbine shooting broke out & he asked if I thought that was an antidepressant case which of course it was. (In fact Columbine Survivor Mark Taylor, who took 6 to 13 bullets that day almost 20 years ago and sued the drug company for causing Columbine, just called me yesterday. I served as the expert in his case. I’ll have to send him a copy of this.) But Chief Ortega had seen enough of these cases in SLC & wanted to have a press conference on the violence these drugs were producing back then. In watching this video I realize we should have held that press conference even though it was right after that he discovered that his wife had terminal cancer & he needed to retire.
I am absolutely shocked by the response of these officers! I have worked with enough police chiefs that I know how many officers there are being given these drugs which are known to produce extreme violence & very impulsive violence and suicide. In fact in a murder-suicide case I worked in Wyoming for several years the drug company’s own expert testified that with the the way these drugs inhibit the metabolism of Serotonin what should be expected as the end result is impulsive murder & suicide! The jury ruled in that case that only two doses were enough to produce this mass murder suicide which left a family of four dead. But withdrawal done too rapidly, which happened in the Salt Lake Family History Library shooting can produce the same result. Withdrawal must be very very gradual to be safe.
Take a look at this short article on a study showing the extreme violence that comes from excess serotonin:
Mutant mice key to human violence an excess serotonin
My response to a woman who read the above information and swears these drugs saved her. She also thought I should not be sharing private information.
None of what I shared here was private personal matters. All of it was professional Dana. And according to the judge in the first large Prozac induced murder/ suicide case in Louisville, KY, this is information that should be made available to the public and never have a gag order on it because IT IS A PUBLIC SAFETY ISSUE.. That judge spent two years of his own time investigating that case in order to prove that there had been a Secret settlement of at least $50 million that was kept hidden from the public and not recorded as a settlement,  thus allowing the drug company to use that case as “evidence” that Prozac was not the cause of that violence. Judge Potter was determined not to allow something like that to happen in his courtroom. And he was just has adamant that the public needs to know about the connection to these drugs in these cases involving violent crime and I agree with him. Here is a list of several thousand more which are all documented: SSRIstories.net
While I am sorry you and so many others were not given this information, as you should have, before they ever gave you these pills – drugs which are so incredibly difficult to withdraw from if you do not know what you are doing, at least you are getting the truth now. Sadly so many of these on this list did not get that information soon enough to save their lives.
The doctor  whose research  was used to develop this group of drugs, Dr. Candace Pert, came out against them in Time Magazine, October 8, 1997  calling the drugs “monsters” and wishing  her work would never have been used to make them possible.
I am alarmed at the monster ssrisnri antidepressants I created…..Dr Candace Pert
Also the doctor who worked for the drug maker came forward  in 2010  to do his first interview in the US here in Utah. He admitted that these drugs were approved through bribery. He was the one who bribed the approval for the drug company and wanted to do what he could to reverse the damage he had caused by his actions.
Meet Dr. John Virapen the man who bought Prozac’s approval
What is tragic for all of those who were lied to about these drugs is that it takes years to wean off of the drug safely because the withdrawal must be so extremely gradual, generally taking years to wean off safely! There is nothing fair about that. Everything about this is wrong.
But then everything was wrong with the diet pills fen-phen and Redux which killed and disabled so many before being pulled from the market.
How many died before PCP (Angel Dust) was pulled after seven years on the market? No one knows. Sadly it took law enforcement and judges to get that one pulled because the AMA and FDA were not concerned.
And everything was wrong about the over 50,000 who died from taking the drug Vioxx pulled only a few years ago. And so many more prescription drugs!
Why we have not yet held the FDA accountable for so much suffering and death, I do not know! The public really needs to stand up & demand that this deception over prescription drugs comes to an end!
Posted in Breaking News - Our Most Recent Serotonin Nightmares. and tagged A Criminal, car Chase, Medicated Officers, Prozac, Shotgun, SLC, SSRI.