Skip to content
-
Sunday the Chicago Tribune carried the story of Marilyn Lemak, the nurse married to a doctor, who 20 years ago, killed her 3 children in their Naperville home. The case still haunts law enforcement but not for the right reasons because no one ever learned the truth about why this happened!
Had the case been tried properly they would have argued the fact that she was on two drugs, Zoloft & Ativan, which cause murder & suicide due to their inhibition of serotonin metabolism. After poisoning her three children with her medications, she put her wedding dress on & poisoned herself as well. When she woke up & realized she was not dead yet, she then slit her wrists.
News article: Marilyn Lemak killed her 3 children
In the same 3 month period, two other nurses went to court for killing their children while on these drugs.
In Texas, Andrea Yates on Effexor & Remeron drowned all five of her children. In none of these cases were these drugs used in their defense.
Socorro (Cora) Caro in California, whose husband was also a doctor who had given her Prozac, shot their three sons, before shooting herself. You can find all three cases below with links to their cases in our database at www.ssristories.net
Documentation: 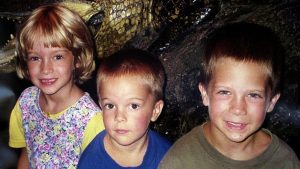 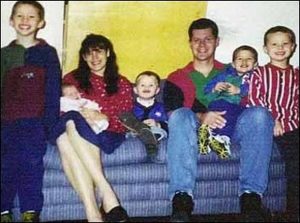 Noah 7, Mary 6 mo, Luke 2, Paul 3, John 5
Andrea Yates – Effexor & Remeron
http://ssristories.net/archive/show2c89.html?item=525
Cora Caro – Prozac
CORA CARO DOCUMENTARY
And here is a documentary on the Cora Caro case along with my comment posted there with all kinds of additional information since the documentary is done by a group which does everything they can to downplay the fact any of the cases they cover involved these antidepressants (Can we assume funding from Pharma? I have little doubt!)….
Joey, 11, Mikey, 8, and Christopher, 5
http://ssristories.net/archive/showde06.html?item=1934
MY COMMENT: Yes Cora Caro was “a woman pushed over the brink” BY PROZAC! Everything else you mention going on in her life was used as a reason to give her Prozac.  The drug increases serotonin & produces not only cravings for alcohol, but also results in elevated serotonin which produces extreme violence exactly the way PCP does! Prozac just does it more gradually.
Her attorney should have used the testimony of Dr. John Mann given in the 2001 case of Tobin vs Glaxo where a total of only two doses of the SSRI, Paxil, were found to be the cause for a mild-mannered grandfather to shoot & kill his wife, daughter, infant granddaughter & himself. Dr. Mann, the expert brought in by Glaxo, not the defense, testified that according to his decades of research on serotonin the effect these drugs have upon inhibiting the metabolism of serotonin should be expected to produce impulsive murder and suicide.
And then there is the 1996 study on mutant mice who lacked the ability to metabolize serotonin due to a genetic defect. Researchers in this study determined it was the elevated levels of serotonin which produced the extreme violence the mice exhibited:
http://www.drugawareness.org/mutant-mice-key-to-human-violence-an-excess-serotonin/
The evidence is very clear that these three boys were murdered, but not by their mother. They were murdered by Prozac – the same determination made by investigators in France in the early ’90s in the Kevin Kohlenberg murder/suicide case after an eight-month long in-depth investigation. The French media, unlike our media with massive vested interests, reported “…both Kevin and his friend were victims of an American drug”
There were 3 American nurses, all on these drugs, 2 married to doctors, who went to court over a 3 month period for killing their children. Cora Caro (PROZAC), Marilyn Lemak (ZOLOFT & ATIVAN) & Andrea Yates (EFFEXOR & REMERON). There have been MANY more which you can see in this database of thousands: www.SSRIstories.net
When, when, when will the public be given the truth?!

ATTN: NEVER ABRUPTLY CHANGE THE DOSE OF THESE DRUGS WHEN STARTING, STOPPING OR SWITCHING MEDS!