Skip to content
-
Methadone is also a serotonin re-uptake inhibitor which has been involved in serotonin toxicity reactions. … These symptoms are characteristic of serotonin syndrome which is often described as mental status changes, autonomic hyperactivity, and neuromuscular abnormalities

Saoirse Kennedy Hill’s Cause of Death Revealed After Being Found Unresponsive at Family Compound: Reports

Citing her death certificate made available Friday, The Boston Globe, The Boston Herald and local TV station WCVB reported that she had alcohol and a mix of drugs — diazepam, fluoxetine, methadone, nordiazepam and norfluoxetine — in her system.

(The medical examiner’s office referred PEOPLE to the local district attorney, whose spokeswoman was not immediately available.)

No matter who you are, how high profile you may be, & how hard you have fought to educate about this Pharma created nightmare in which we all find ourselves, it still comes through your own back door & draws you into the nightmare!
This is the chilling warning that every family in America would suffer this drug-induced nightmare given to the world in 1991. My good friend pharmacist Maria Malakoff, who lost her own husband, Gary, also a pharmacist, in a horrific Prozac-induced suicide when he stepped between the TV & his family who were watching a movie & shot himself in the head. This is the report Maria shared in the first FDA Advisory Committee Hearing on September of 1991…
The Kennedy family just lost another loved one way too early, a beautiful young woman, Saoirse Kennedy Hill, 22. Police and rescue were called “to reports of an overdose inside the Kennedy Compound.” 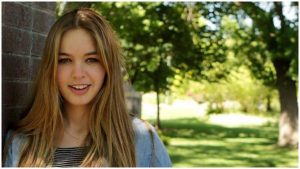 Her grandfather, Robert F. Kennedy, & his brother, John F. Kennedy, both lost their lives by assassination while serving our nation. Her mother, Courtney, was the fifth child of Robert & Ethel Kennedy. She was only 11 when she lost her father.
Sadly two of Courtney’s brothers, Saoirse’s uncles, Douglas & Robert, have done far, far more than most to wake people up to the dangers of Pharma with her Uncle Douglas doing more mainstream media than anyone else has on the dangers of antidepressants when he was with Fox News National (You can see several of those very informative news clips on our ICFDA YouTube Channel.)
And her Uncle Robert Kennedy, Jr. has been an incredible voice for children damaged by vaccines and has just recently won some of the biggest court cases ever against the chemical giant, Monsanto, for cancer causing effects of Glyphosate, the main ingredient in the popular weed killer, Round Up. While her aunt Mary gave her own life as a warning when she lost her life in an antidepressant-induced suicide.
But in spite of their best efforts yet another family member has apparently lost her life to these deadly drugs. Also happening at a time most would never suspect it coming as she spent time enjoying her family at Hyannis Port, Massachusetts. 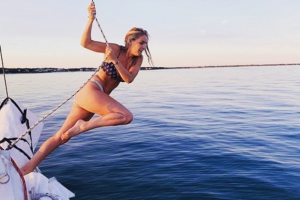 And leaving yet another family to mourn the loss of yet another beautiful soul her family & our world has been robbed of:
‘The world is a little less beautiful today.’ She lit up our lives with her love, her peals of laughter and her generous spirit. Saoirse was passionately moved by the causes of human rights and women’s empowerment and found great joy in volunteer work, working alongside indigenous communities to build schools in Mexico. We will love her and miss her forever.”
ME TOO
Original news article: Saoirse Kennedy Hill: 5 Fast Facts You Need to Know
News article: Saoirse Kennsdy buried next to Mary Richardson Kennedy
The same is true in my own family in spite of all of my efforts to bring the negative effects of these deadly drugs to light. While doing so we too have suffered serious suicide attempts, devastating life long birth defects, numerous divorces, the estrangement of family members, the gender altering effects, etc.
The whole truth about these drugs must be made known, the hidden things brought to light & all that be made very clear so that everyone fully understands the extent of the damage associated with them BEFORE they ever put one of these pills in their mouths! There has never been a patient who has taken one of these drugs who has done so with a fully informed consent & very few who have survived those effects who have ever gone on to be given the full information as to the extensive negative effects of these so called “antidepressant drugs”!
The gag orders MUST end! This is a public safety issue! The full truth of the involvement of these drugs in the school & mass shootings & every other case of violence needs to be disclosed! And their involvement in all the military suicides & sudden death cases among these young people needs to be brought to light. Use of these mind altering drugs, which affect judgment, among lawmakers & judges whose decisions affect so many lives for years to come, needs to be made public. With all of us being kept from seeing the end result of the use of these drugs where is our warning? There is none! This is why I have devoted every minute of the last 30 years of my life & every penny to my name in investigating, gathering, and making public the effects of these drugs upon unsuspecting patients who have become victims of these drugs. Here is the proof, here is the blood of those crying out to the world as a warning to not fall victim to the same fate they have fallen victim:
www.SSRIstories.NET (previously posted and publicised since 2006 since under .com and .org as well, neither of which is now endorsed or associated with our work in any way)