Skip to content
Home » veteran suicides
Many of you are aware that I was the expert who worked with the Hartman family to gather the evidence  against Zoloft in this tragic destruction of yet another beautiful family.  After his wife, Brynn, had her Zoloft dose cut in half by her doctor  three weeks earlier she went into the deadly antidepressant induced REM Sleep Disorder & shot Phil & then shot herself after learning what she thought was a nightmare she was having was actually real.
The REM Sleep Disorder has long known as a drug withdrawal state which is why you have to be so careful to avoid withdrawal as much as possible by coming off EXTREMELY slowly & making no abrupt changes in dose or switching meds that could trigger this. REM Sleep Disorder is where you act out your nightmares  in a sleep state. And although I testified before the FDA and 2004 and shared all of the evidence with them on the potential of antidepressants to produce this deadly sleep disorder known to include both murder and suicide there has never yet been a warning issued to patients about it! Here is a link to our Facebook group addressing this most deadly of sleep disorders:
https://m.facebook.com/groups/106704639660883?group_view_referrer=profile_browser
abcnews days-phil-hartman-airs-tonight-98c-abc-65522216
dailymail Phil-Hartmans-brother-law-breaks-silence-20-years-stars-murder 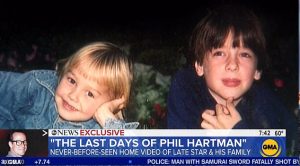 Wednesday, the day before the the Hartman murder/suicide I spent in tiny Lyman, WY working on the case of “the nicest woman in town” according to all I spoke with. On Paxil she had shot her husband while he slept. She explained it as coming to at the top of her stairs with a “smoking gun” in her hands & her husband lying in bed with a bullet through his head. She said, “I assumed I must have done it so I walked over to the sheriff’s office & turned myself in.”
That evening I drove back down the mountain to my home in the Salt Lake area of Utah. When I woke us early the next morning the Hartman case was breaking all over the news! As details emerged all I could think of was how this was almost identical to the case I had just worked on the day before! By the following day I had heard enough to be convinced this had to be the same thing but there were two small children involved, Sean, 10. & Birgen, 6. I could not bear to think of them going through life without either of their parents & no answers! So that evening I called Brynn Hartman’s family in Minnesota. I knew they needed information ASAP for the coroner in case Brynn was in withdrawal.
Later I learned a family friend took the children to a park as it happened the day before & when asked how they were or if they needed anything. Sean said, “My mommy was going to take me to all these fun places & now she will never be able to do that.” And Birgen said, “I know I will never see my mommy or daddy again.” Children should never have to go through such things… especially without answers!
SUPPORT NEEDED NOW
I just got off the phone with my dear friend Greg Omdahl, Brynn Hartman’s brother, who was the one interviewed on this 20/20 special. I promised him that we who understand the dangers of these deadly drugs & what really happened would not only watch tonight. We would also go into the comment sections of any & all media covering it to back him up & defend him as well as Brynn, as the Pharma trolls come into the comment sections to make them out as the “bad guys” while they do their best to present antidepressants as God’s gift to the world! You can see what I posted below late last night when I became so upset after reading so many horrible comments people were making! Greg told me he immediately forwarded it to the rest of the family who were very grateful for the support & passion. So know they are watching & very appreciative for any support.
“So very sad that the truth about this case has never been made public! Dateline came close when it first happened but if people had any idea what all has been disclosed behind courtroom doors, no one would be making the degrading comments about Brynn, her brother, or anyone else other than Pfizer & their extremely deadly drug, Zoloft!
“Sean & Birgen brought the wrongful death suit, not Greg. Their Uncle Greg only handled it for them as they were too young to do that themselves. The children got every penny of the LOUSY $100, 000 settlement Pfizer paid them to get away with the murder of both Phil & Brynn!
“Toxicology indicated Brynn did NOT have cocaine in her system when she shot Phil. So forget the cocaine.
“As for alcohol all of the SSRI antidepressants can cause overwhelming cravings for alcohol.
“Of those being diagnosed with the REM Sleep Disorder which Brynn suffered to make her act out her nightmare, 86% are taking antidepressants & 80% of those hurt themselves or others, including both murder & suicide. That is a warning patients are never given while it should be headline news nationwide!”
It cut me off at that point or I would have said more!
EXAMPLE OF THE REM SLEEP DISORDER
This is the only person charged in a school shooting incident to speak out about what happened to him as he experienced the REM Sleep Disorder which caused him to take a gun to school & hold his classmates at gunpoint for 45 minutes,,,
https://www.drugawareness.org/why-i-took-a-gun-to-school-1/
EXAMPLE OF THE SIDE EFFECTS OF SUICIDAL & HOMICIDAL IDEATION

A comment from a 15 year veteran describing the side effects of suicidal & homicidal ideation: “I have seen the disasters from prescription medications especially the ones we were issued to treat PTSD and other mental illnesses.
“A couple of years ago, I agreed to take Zoloft as suggested by my doctor for depression. I had denied it for years. Within 2 days I was truly suicidal. I wanted death bad. It wasn’t like the normal suicidal thoughts where I felt so depressed I would rather be dead, it was more like I wanted death like I wanted a new Ferrari! But not just for me, I wanted it for everyone! I wanted to get my friends together & thought “let’s all die together”.
“I have been confused by how this drug can make you feel this way. I certainly felt why so many commit suicide on these drugs and why it is a listed side effect! I tried to OD, but I sucked at it fortunately. I never touched another pill again”… C. C. D.
FAR FROM ALONE 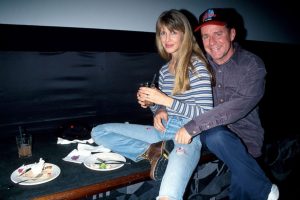 But please let everyone know this family is far from alone. All anyone needs to do is go to the database we have on the first two decades of cases at www.SSRIstories.NET to see what is happening or just watch the evening news. I gathered 10 new cases like this early this morning while doing something else & not even looking for them!
People need to go to our website www.drugawareness.org to learn all this information! Just reading the articles on the first page will give them enough information to see the problem with the drugs & the dangers in withdrawal & how to avoid that.
PLEASE support Greg tonight as he is speaking for us all in being brave enough to tell his family’s story & take all the backlash that generally comes for doing so!!! The more support he gets, the greater the chance 20/20 or other high profile shows will be willing to cover more & put an end to this drug-induced nightmare of mass killings, murder/suicides, parents & grandparents killing their own children & grandchildren, children & grandchildren killing their grandparents, veteran suicides, etc!