23 Years Ago Today life at Columbine High started like this… 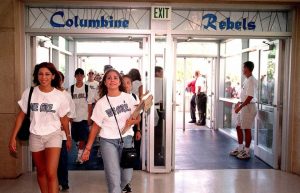 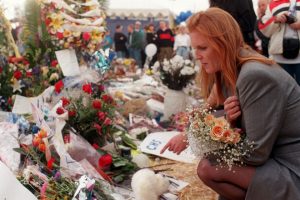 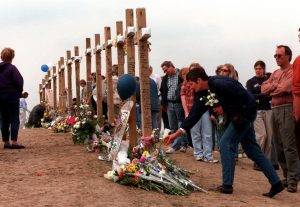 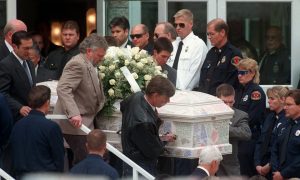 Eric Harris & Dylan Kleebold had been court ordered, after breaking into a van, into an Anger Management program (where antidepressants have long been the first line of “treatment” for anger management). How ironic that is becomes clear when you learn that 80% of those incarcerated for violent crime have been found to be suffering low blood sugar/hypoglycemic & one of the first things you see with taking antidepressants is the drop in blood sugar. The drop in sugar then triggers adrenalin rushes which is certainly not the least bit beneficial in managing anger, but instead should be expected to trigger rage & anger outbursts!

Within only a few weeks Eric complained enough that the Zoloft they had given him was causing homicidal thoughts that the doctors decided to take him off the drug. Tragically they thought if the name of the SSRI antidepressant was spelled differently L-U-V-O-X, now prescribed to treat long Covid, it would produce a different outcome (Hmm…now how is it we define stupidity? “Doing the same thing while expecting a different outcome?”)

So 23 years ago today, on April 20, 1999, the world witnessed the same outcome for Eric Harris as he stepped onto the grounds of Columbine High & shot & killed Rachel Scott & shot & paralyzed Richard Castaldo as they sat visiting in Rachel’s car outside the school. Next shot were a group of kids sitting out front of the school discussing scriptures. Mark Taylor was shot in the chest & leg a total of 6 – 13 times (due to the extensive damage physicians were unable to determine the number of bullet entries & exits) & Michael Johnson was shot in the leg & the jaw. So extensive was the damage to Mark that his treating physician at the hospital called his family doctor to say “I have one of your patients here. He is dead but he is talking to me!” Mark was dubbed by the press as the “Columbine Wonder Boy” for surviving it all.

In the end 12 students & one teacher lost their lives before Eric & Dylan took their lives.

I served as the expert in the case filed against the drug maker of Luvox for causing Columbine with their antidepressant which was filed by Mark Taylor & 4 or 5 other families who backed out early on after being told what drug companies have been known to do to those who sue them. They felt the losses they had just experienced in losing their loved ones was more than enough to bare without taking the chance of suffering any more.

Mark was the only one who remained on the case with the innocent belief that justice would prevail in our American court system & with the truth out about these deadly drugs these shootings would come to an end so other kids would not have to worry about them any longer. He quickly forgave Eric & Dylan knowing what they were like before the shootings & fully believing the drugs were what caused such out of character violence. You can see that in his 2004 testimony before the FDA:

Mark’s interview on forgiveness just after the Virginia Tech shooting.


And just this week my brother shared the following video from Rachel Scott’s brother Craig discussing forgiveness & mentioning something about Corey Depooter’s bravery not even I was aware of before even with as many times as I have spoken with his mother – hats off to Corey for his bravery that day! (Corey’s family was one of the 4 or 5 other families initially in the case with Mark Taylor.)

Sadly Mark’s attorney, ex-Senator John Decamp of Nebraska, did not listen to my warnings about waiting on his scheduled back surgery until after this case was finished. Common sense should tell you that you do not want to put your life in the hands of someone you are about to take into court to prove their product is too deadly to remain on the market when others are making massive amounts on similar drugs!

In the meantime after discussing the evidence in the case with the country’s three leading attorneys filing these cases they had agreed there was enough evidence in the case to proceed & were ready to join the case to assist John Decamp in this case. But as a result of all the pain meds John was given to cope with his back surgery John was unable to meet discovery which is the kiss of death on a case.

That important case not making it into court has led to the deaths of many, many more children in many more school shootings over the past two decades since Columbine! To read the evidence that would have been presented in that case I would refer you to a post on that evidence & a movie by Gary Null: “The Drugging of Our Children” with even Michael Moore on camera stating it was far more likely the drugs, not the guns, that triggered the Columbine shooting.

SCHOOL SHOOTINGS: The Evidence Antidepressants Are The Cause: school-shootings-the-evidence-antidepressants-are-the-cause

The Movie The Drugging of Our Children (Drop to Second Entry to Find in Post): the-drugging-of-our-children

And for a searchable documented list of the school shootings during the first decade following Columbine you can find that at SSRIstories.net (And as we get more help other shootings being documented since will be added.)

And ironically this past weekend I did a podcast interview on these drugs with Dave Sanders. When it dawned on me his name was the same as Dave Sanders, the teacher who lost his life at Columbine, due to the slow response of law enforcement after, Inlet the host know. His reply was “Holy Cow…that’s kind of spooky!” 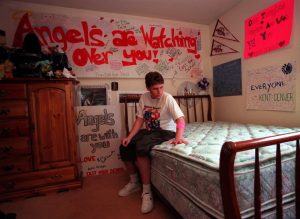 And as all of you know Mark Taylor’s battle for justice is still ongoing. After false allegations he was forced on the same drugs he had been blowing the whistle on – antidepressants! And he is now fighting cancer after the third forced vax he has been given. PLEASE everyone pray for him!