Skip to content
For anyone who has read my book with all the information on the damaging physical effects of elevated serotonin along with the research ordered by Eli Lilly on Prozac demonstrating that antidepressants drastically increase the level of cortisol, known as the “death hormone” will not be surprised by the results of this study. They will only be surprised, as am I, that it would take over two decades for the damaging results of this effect to hit mainstream news especially when Lilly’s own research demonstrated back then that a dose as low as 30mg of Prozac doubled the level of cortisol with only one single dose!

In Spite of This Alarming Information Please Heed This Warning

Running Across Top of Drugawareness.org Since 1995

Abrupt withdrawal can produce an increase in serotonin levels resulting in Serotonin Syndrome. So experience has shown that rapid withdrawal can be far more dangerous than weaning very gradually off these medications in order to give all of the body systems time to adjust to all these changes in so many major organs as the drug is withdrawn. Please go to the website to read more on safe withdrawal before making any change in dose.

And 14% Higher Risk of Stroke or Heart Attack

Anyone familiar with the mode of death produced by too much serotonin, a toxic condition known as Serotonin Syndrome, should be aware that the high levels of serotonin, which accumulate from the Serotonin Reuptake Inhibition process, produce death by shutting down multiple major organs. Keeping that in mind please look at this quote about this research: “It’s widely known that brain serotonin affects mood, and that most commonly used antidepressant treatment for depression blocks the absorption of serotonin by neurons. It is less widely known, though, that all the major organs of the body—the heart, kidneys, lungs, liver—use serotonin from the bloodstream. Antidepressants [Along with any other drug that has Serotonin Reuptake Inhibiting Properties] block the absorption of serotonin in these organs as well, and the researchers warn that antidepressants could increase the risk of death by preventing multiple organs from functioning properly.”

Has Been Ignored By Mainstream Media For Two Decades 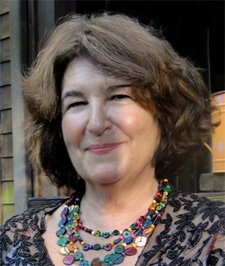 I AM ALARMED AT THE MONSTER (SSRI/SNRI antidepressants) I CREATED! …Dr. Candace Pert …. Why was her warning ignored everywhere but here???!!! Please read the information in the link below to learn how she worked hard to get this information out and learn about her role in the creation of these drugs and the high positions in science she held…

Antidepressant medications, most commonly prescribed to reduce depression and anxiety, increase the risk of death, according to new findings by a McMaster-led team of researchers.

It’s widely known that brain serotonin affects mood, and that most commonly used antidepressant treatment for depression blocks the absorption of serotonin by neurons. It is less widely known, though, that all the major organs of the body—the heart, kidneys, lungs, liver—use serotonin from the bloodstream.

Antidepressants block the absorption of serotonin in these organs as well, and the researchers warn that antidepressants could increase the risk of death by preventing multiple organs from functioning properly.

The researchers reviewed studies involving hundreds of thousands of people and found that antidepressant users had a 33% higher chance of death than non-users. Antidepressant users also had a 14% higher risk of cardiovascular events, such as strokes and heart attacks. The findings were published today in the journal Psychotherapy and Psychosomatics.

“We are very concerned by these results. They suggest that we shouldn’t be taking antidepressant drugs without understanding precisely how they interact with the body,” says author Paul Andrews, an associate professor at McMaster University who led the research team.

Taken by one in eight adult Americans, antidepressants are among the most frequently used medications. They are often prescribed by family doctors without a formal diagnosis of depression, on the assumption they are safe. Since depression itself can be deadly—people with depression are at an increased risk of suicide, stroke and heart attack—many physicians think that antidepressants could save lives by reducing depressive symptoms.

However, McMaster researcher and co-author Marta Maslej, says, “Our findings are important because they undermine this assumption. I think people would be much less willing to take these drugs if they were aware how little is known about their impact outside of the brain, and that what we do know points to an increased risk of death.”

Benoit Mulsant, a psychiatrist at the University of Toronto who was also involved in the study, says the findings point to the need for more research on how antidepressants actually do work.

“I prescribe antidepressants even though I do not know if they are more harmful than helpful in the long-term. I am worried that in some patients they could be, and psychiatrists in 50 years will wonder why we did not do more to find out,” Mulsant says.

The science behind many antidepressants appears to be backwards, researchers say