The driver on Dodi and Diana’s  fatal last journey should probably not have been behind the wheel at all that night.

The jury’s verdict placed much of the responsibility for the crash on him, more perhaps than even the coroner had suggested in his summing up.

My main focus in writing my book on antidepressants was to wake up doctors to the problems in the serotonin hypothesis & the dangers of antidepressants to stop them from prescribing SSRI antidepressants & help loved ones to see what these drugs were doing to their family members.

The cravings for alcohol was what first caught my attention & got me to start researching these drugs, shouting warnings about them & writing my book on them now titled, Prozac: Panacea or Pandora? Our Serotonin Nightmare!
I was in the perfect place to see the alcohol cravings…Utah where most were non-drinkers. I had two good friends, neither of which ever knew one another, but both had a prescription for Prozac and very much out of character for both, were drinking alcohol heavily. Both aware of my background in studying health for years knew something was wrong & began repeatingly asking me to look into Prozac. Both were active members of the LDS Church which has a strict health code when it comes to mind altering substances including alcohol.
I had understood for years what Dr. James Milam, author of the best seller, “Under The Influence” had also figured out which is that alcoholism is hypoglycemia (low blood sugar). It is the body’s way of pushing an individual in an attempt to balance sugar levels in order to prevent additional loss of brain cells. Physicians are taught to watch closely for any medications which may be affecting blood sugar because of that potential deadly negative impact upon the brain.
When I finally heard the extreme concern in the voices of both friends I stopped by a local pharmacy & picked up a package insert for Prozac & there it was clear as day in black & white. Both hypoglycemia & diabetes had been reported with the drug. My friends were having hypogycemic reactions to Prozac causing them to reach for alcohol to bring their blood sugar back up! The problem is that although alcohol will bring the sugar level back up quickly, it rebounds dropping the sugar even lower causing the person to crave more & more & more. (The sugar connection is very easy to see if you watch a group of people trying to get sober from alcohol because they are eating sugar, sugar, sugar & more sugar to compensate for what the alcohol was doing.) Of course both alcohol & sugar are the wrong way to go to balance sugar. Several years later Dr. Milam & I connected & of course were very supportive of one another. His work was wonderfully spot on as his clinic was having almost ZERO recidivism by putting people with alcohol issues on a hypoglycemic diet. 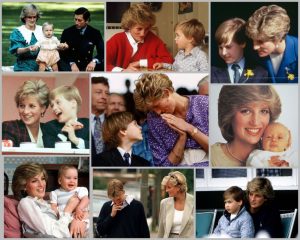 So after working with the French police on a very high profile murder/suicide case in France in the early 1990’s I did not hesitate to call the police in Paris. I let them know that in the crash that killed Dodi Fayed & Princess Di they had a driver who must be on Prozac to cause him to drink so heavily that night as to have an over three times the legal limit of alcohol in his system. I told them the clues were clear & detailed those for them below:
#1 His parents were adamant that Henri Paul was a non-drinker & the authorities must have someone else’s blood, yet Henri Paul was drinking so heavily that they had given him a drug like antabuse to help him stop.

#2 He also did not appear drunk which is common when on an antidepressant.
#3 He had excessive amounts of alcohol in his system – over three times the legal limit!
#4 Antidepressants are notorious for causing mania/bipolar. In fact when Prozac was first introduced psychiatrists refused to prescribe it because it so rapidly produced mania. But what most are completely unaware of is that one form of mania, “dipsomania,” is described as having “overwhelming cravings for alcohol”!
#5 And the following I was not aware of until this past year when I first saw the attached photo of Henri Paul taken moments before the fatal crash. 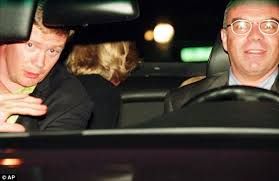 In that photo Henri Paul had what has long been called “Prozac eyes” indicating he was at a toxic level of this drug & going off the deep end & becoming very impulsive.

As I often point out people on these antidepressants do not have a meter reader on their foreheads which will flash the warning “Toxic Level” when the serotonin is too high.
The police listened to me explain all this & then checked to find within the week that Henri Paul was indeed on Prozac. That of course explained the compulsions he was having to drink alcohol which were out of character for him. The French authorities announced his Prozac use in Paris the day before the University of Oslo introduced my data on antidepressants causing these overwhelming cravings for alcohol.
Sadly no one paid much attention to that in the news of what happened that fateful night or I have no doubt there would have been a wrongful death suit filed against Eli Lilly!

I have little doubt Pharma helped create all the various conspiracy theories around that crash to distract from the fact the driver was drugged out of his mind & on their most popular drug – a drug that caused him to drink heavily which was totally out of character for him.

Eli Lilly was already working to rebuild their tarnished image in France after French investigators had determined that in the horrific murder/suicide case I had worked with them on there was no guilt of the young man who did the killing of his German fiancee & himself, but it was instead the terrible outcome of the use of the American drug Prozac! Their headline news ran the story that way! I am sure they did not want the negative publicity of the press pointing out that Princess Di’s driver was driven to drink by the American drug, Prozac!

Wouldn’t it be wonderful to have such press herein America?! This nightmare would likely have ended LONG AGO if the press had told the truth in all the following tragic outcomes: SSRIstories.net

“The haphazard prescribing of these dangerous drugs has got to stop!”

Thank you for your website. I wish more people knew about it. I would like to share a Celexa horror story but would like my e-mail address to remain confidential. My name is Shelley and you may use it.

In the spring of 2001, I had several personal tragedies which included: knee injuries caused by a head on auto collision caused by a drunk driver which totaled my vehicle and the imminent closure of my retail business due to said injuries. I had been going to the same Physician for approximately 8 years but had never really been ill during that time and only saw her for routine check ups. I have no history of mental illness or depression. I always thought that she was a good doctor and very caring person.

I was taken by ambulance from the scene of the accident which occurred on June 30, 2001. I was discharged from the hospital in a wheel chair as I could not walk from the Emergency Room. The following day, my knees swelled to the size of grapefruits and I was bruised head to toe. I could not walk. Several days later I got an appointment with my Primary Care Physician. I had pain in my knees, head (from hitting the steering wheel), and ribs (from the seat belt and airbag). I went to visit my doctor several times during the next couple of weeks for my pain. True, I was depressed but it was due to pain caused by the auto accident. She finally told me that she thought I had Fybromyalga and prescribed Celexa. I was very hesitant and kept telling her it was my knees that hurt and that it wasn’t in my head but decided to try to drugs.

The next week was a nightmare. I developed a rash over my entire body which looked like third degree burns and still have some scars from it to this day. My menstrual cycle was so heavy that I could not leave the house and feared that I would bleed to death. I began to hallucinate and was afraid to leave the house. I tried to contact my Physician when the symptoms began and was finally “allowed” to speak with her. When I advised her of these symptoms she said ,”It wasn’t supposed to that .” She advised me to quit taking the Celexa and to come into her office the next day. When I asked if I should make an appointment she said that it would not be necessary and that she would tell her office staff to let her know I was there to see her.

When I arrived at her office the next day, the Office Manager asked me if I had an appointment and I advised her of the conversation with the doctor from the previous day. She told me to wait and came back with a brown paper bag with my name on it. I was puzzled and looked inside. It was filled with Prozac samples with no explanation or product information whatsoever. That did make me really angry and I decided it was necessary to find another doctor.

The result of this is that I still have continued knee pain as physical therapy was delayed longer that it should have been, I have scars from the Celexa caused rash, I have lost my business and now have very little faith in the medical establishment.

The haphazard prescribing of these dangerous drugs has got to stop! When a Doctor prescribes anti-depressants for physical injuries from an auto accident it endangers patient health and clearly transgresses the Hippocratic Oath. Since the majority of people I speak in the course of daily life (at the grocery store, bank, library, workplace, etc.) are taking some type of anti-depressant, it seems to me that the U.S. in experiencing a huge drug abuse epidemic. Unfortunately, since it is legally prescribed it isn’t drawing as much scrutiny as it should. I hope for a day when these pill pushing for profit Doctors are held accountable for what they are doing to their patient’s lives.