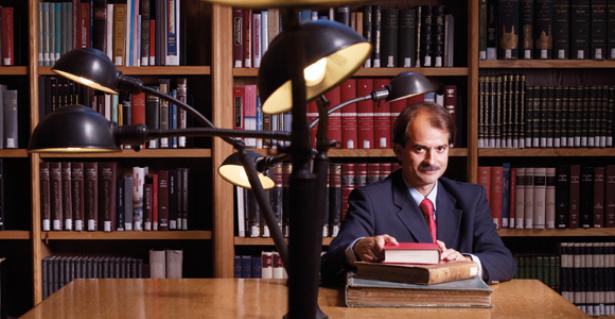 This is an article that I believe is so very important that I should post it once a month! This is an interview with Dr. John Ioannidis, from Greece who is the world’s leading expert on medical research. He is so sought after that he has around 1000 requests per year to speak to various learning institutions & professional groups. Both of his parents were medical doctors.

In a nutshell what Dr. Ioannidis says here is that what he has found is that about 90% of medical research today is flawed/deceptive/influenced by the industries who put medicines & medical devices on the market. He goes on to say that he is not sure that medical science will survive this great deception that exists in the research.

Now let me ask, would you take your car into a mechanic who was relying on information on how to fix the car if that information was 90% incorrect?

Yet every day around the world people are taking their own bodies & the bodies of their loved ones & putting those precious lives into the hands of doctors who are relying on information to treat that is 90% incorrect!!!!! In my opinion this is without doubt the most critical situation our world faces today! And it helps us to see how very little the medical world knows about the deadly antidepressants they continue to peddle in astronomical numbers! Hope you enjoy this interview as much as I did … (For those who are interested: If you would like to see fulfillment of prophesy in this situation you can go to Rev. 18:21-24 & keep in mind that the Greek translation of “sorcery” is “pharmakia” which means “medicine from a pharmacy”!)

About the Author: Ann Blake Tracy is the author of PROZAC: PANACEA OR PANDORA? –OUR SEROTONIN NIGHTMARE!, and the director of the International Coalition For Drug Awareness [www.drugawareness.org]. She has testified before the FDA and has testified as an expert in legal cases involving serotonergic medications since 1992.

BOOK: Prozac: Panacea or Pandora? – Our Serotonin Nightmare! Anything you ever wanted to know about antidepressants is there along with everything drug companies hope you never find out about these drugs. SAFE WITHDRAWAL CD “Help! I Can’t Get Off My Antidepressant!” on how to safely withdraw from antidepressants & most psychiatric medications is saving lives! Both available at www.drugawareness.org

“Priceless information that is giving me back to me”

““I was stunned at the amount of research Ann Tracy has done on this subject. Few researchers go to as much trouble aggressively gathering information on the adverse reactions of Prozac, Zoloft and other SSRIs.”

“Ann, I just wanted to let you know from the bottom of my heart how grateful I am God placed you in my life. I am now down to less than 2 mg on my Cymbalta and I have never felt better. I am finally getting my life back. I can feel again and colors have never been brighter. Thanks for all that you do!!” … Amber Weber

“Used your method of weaning off of SSRI’s and applied it to Ambien. Took 6 months but had been on 15 mg for years so what was another 6 months. I have been sleeping without it for 2 weeks and it is the first time I have been able to sleep drug free for 15 years. What a relief to be able to lay down and sleep when I need or want to. Ambien may be necessary for people at times but doctors giving a months worth of it at a time with unlimited refills is a prescription for disaster. It is so damn easy to become dependent on. Thanks for your council Ann.”… Mark Hill

“I’m so thankful for AnnTracy and all her work. Also for taking the time out to talk to me and educate everyone! She has been a blessing to me during this awful time of antidepressant hell!” … Antoinette Beck

Much of what medical researchers conclude in their studies is misleading, exaggerated, or flat-out wrong. So why are doctors—to a striking extent—still drawing upon misinformation in their everyday practice? Dr. John Ioannidis has spent his career challenging his peers by exposing their bad science.

IN 2001, RUMORS were circulating in Greek hospitals that surgery residents, eager to rack up scalpel time, were falsely diagnosing hapless Albanian immigrants with appendicitis. At the University of Ioannina medical school’s teaching hospital, a newly minted doctor named Athina Tatsioni was discussing the rumors with colleagues when a professor who had overheard asked her if she’d like to try to prove whether they were true—he seemed to be almost daring her. She accepted the challenge and, with the professor’s and other colleagues’ help, eventually produced a formal study showing that, for whatever reason, the appendices removed from patients with Albanian names in six Greek hospitals were more than three times as likely to be perfectly healthy as those removed from patients with Greek names. “It was hard to find a journal willing to publish it, but we did,” recalls Tatsioni. “I also discovered that I really liked research.” Good thing, because the study had actually been a sort of audition. The professor, it turned out, had been putting together a team of exceptionally brash and curious young clinicians and Ph.D.s to join him in tackling an unusual and controversial agenda.

Last spring, I sat in on one of the team’s weekly meetings on the medical school’s campus, which is plunked crazily across a series of sharp hills. The building in which we met, like most at the school, had the look of a barracks and was festooned with political graffiti. But the group convened in a spacious conference room that would have been at home at a Silicon Valley start-up. Sprawled around a large table were Tatsioni and eight other youngish Greek researchers and physicians who, in contrast to the pasty younger staff frequently seen in U.S. hospitals, looked like the casually glamorous cast of a television medical drama. The professor, a dapper and soft-spoken man named John Ioannidis, loosely presided.

One of the researchers, a biostatistician named Georgia Salanti, fired up a laptop and projector and started to take the group through a study she and a few colleagues were completing that asked this question: were drug companies manipulating published research to make their drugs look good? Salanti ticked off data that seemed to indicate they were, but the other team members almost immediately started interrupting. One noted that Salanti’s study didn’t address the fact that drug-company research wasn’t measuring critically important “hard” outcomes for patients, such as survival versus death, and instead tended to measure “softer” outcomes, such as self-reported symptoms (“my chest doesn’t hurt as much today”). Another pointed out that Salanti’s study ignored the fact that when drug-company data seemed to show patients’ health improving, the data often failed to show that the drug was responsible, or that the improvement was more than marginal.

Salanti remained poised, as if the grilling were par for the course, and gamely acknowledged that the suggestions were all good—but a single study can’t prove everything, she said. Just as I was getting the sense that the data in drug studies were endlessly malleable, Ioannidis, who had mostly been listening, delivered what felt like a coup de grâce: wasn’t it possible, he asked, that drug companies were carefully selecting the topics of their studies—for example, comparing their new drugs against those already known to be inferior to others on the market—so that they were ahead of the game even before the data juggling began? “Maybe sometimes it’s the questions that are biased, not the answers,” he said, flashing a friendly smile. Everyone nodded. Though the results of drug studies often make newspaper headlines, you have to wonder whether they prove anything at all. Indeed, given the breadth of the potential problems raised at the meeting, can any medical-research studies be trusted?

That question has been central to Ioannidis’s career. He’s what’s known as a meta-researcher, and he’s become one of the world’s foremost experts on the credibility of medical research. He and his team have shown, again and again, and in many different ways, that much of what biomedical researchers conclude in published studies—conclusions that doctors keep in mind when they prescribe antibiotics or blood-pressure medication, or when they advise us to consume more fiber or less meat, or when they recommend surgery for heart disease or back pain—is misleading, exaggerated, and often flat-out wrong. He charges that as much as 90 percent of the published medical information that doctors rely on is flawed. His work has been widely accepted by the medical community; it has been published in the field’s top journals, where it is heavily cited; and he is a big draw at conferences. Given this exposure, and the fact that his work broadly targets everyone else’s work in medicine, as well as everything that physicians do and all the health advice we get, Ioannidis may be one of the most influential scientists alive. Yet for all his influence, he worries that the field of medical research is so pervasively flawed, and so riddled with conflicts of interest, that it might be chronically resistant to change—or even to publicly admitting that there’s a problem. (Continue reading in link below)