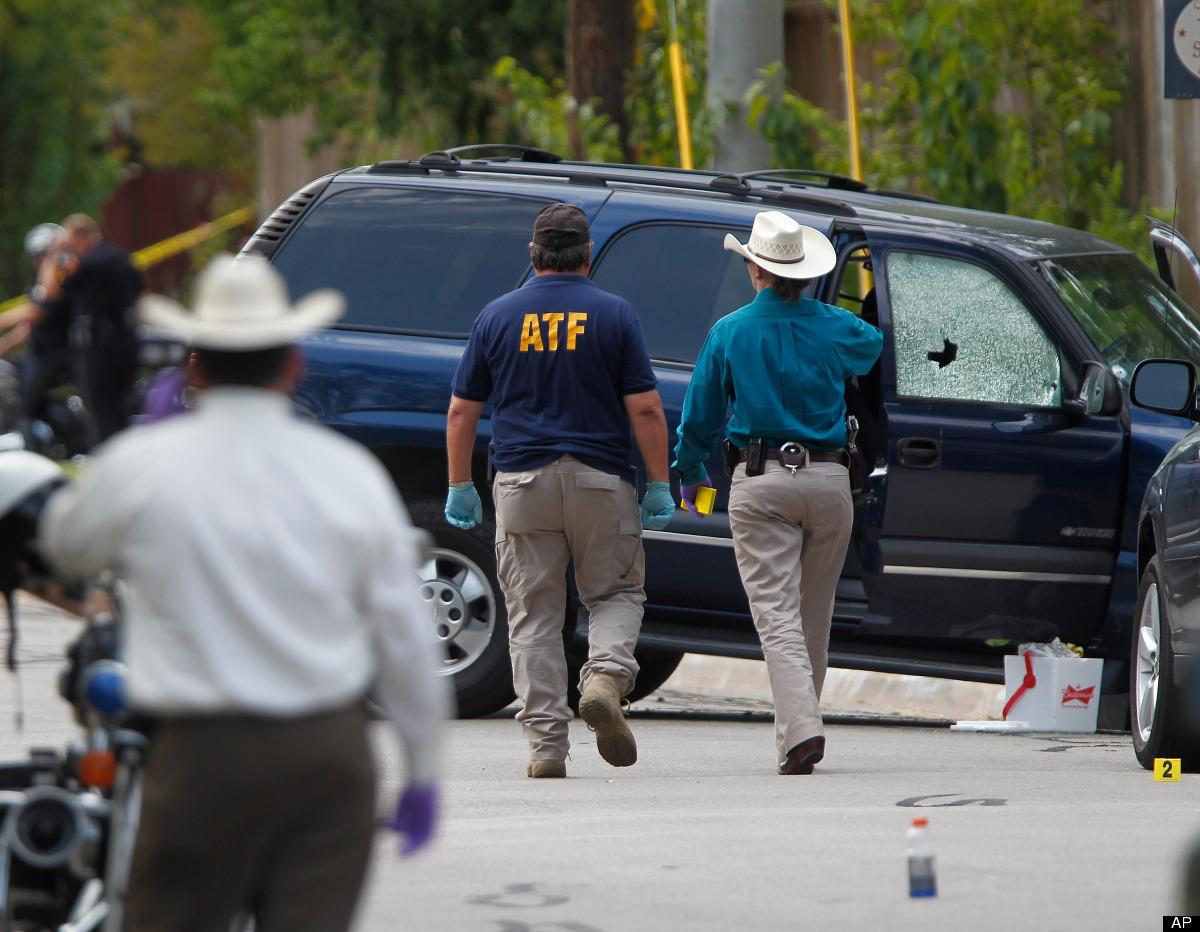 ANTIDEPRESSANTS – A GIVEN!!! Texas A&M shooter had suffered mental health issues off & on for years … translated means that since the loss of his father at age 12 he had been undergoing mental health treatment for years. Perhaps he was going on & off meds during that time as he would have bad reactions & then just quit which is the most dangerous & least effective way to get off & stay off these drugs.

He asked the Army medic who had rushed in to help those wounded to please apologize to the man he had shot. ALL SO SAD!!! His mother said she cannot imagine him taking a father from three children when his worst nightmare in life was losing his father at age 12. But what is it you do on an antidepressant when you hit toxic levels? You act out your worst nightmare in a REM Sleep Behavior Disorder (RBD)! Of those being diagnosed with RBD 86% are taking an antidepressant!

How tragic that his companion was Lucy, a Sheltie mix, that no one is sure just what will happen to her! When the truth is known they will find that Lucy’s unconditional love & constant companionship was what likely kept him from going off the deep end much sooner than he did!!

Ann Blake-Tracy, Executive Director,
International Coalition for Drug Awareness
www.drugawareness.org & www.ssristories.drugawareness.org
Author: “Prozac: Panacea or Pandora? – Our Serotonin Nightmare – The Complete Truth of the Full Impact of Antidepressants Upon Us & Our World” & Withdrawal CD: “Help! I Can’t Get Off My Antidepressant!”

(CNN) — The gunman who killed two others before police ended his life in a shootout near Texas A&M University had been battling mental health issues on and off for years, his mother said.

Police say Thomas Caffall, known to his family as “Tres,” killed a constable and a bystander and injured four others Monday before police fatally shot him.

His mother, Linda Weaver, said the family became worried after Caffall quit his job in January and announced that he would never work again.
3 killed in shootings near Texas A&M

“We had been very concerned about him,” Weaver told CNN.

Slain College Station Police Department Constable Brian Bachmann.
Caffall had withdrawn from the family, and the fear was that he might attempt suicide, his mother said.

But she never imagined that her son would hurt anyone else, or that his end would come so violently.

“Losing a child is a parent’s worst nightmare. This is worse,” she said.
Police said Caffall, 35, shot and killed Brian Bachmann, a constable for Brazos County, and Chris Northcliffe, an area resident.

Bachmann had approached Caffall’s apartment to deliver an eviction notice, and Northcliffe just happened to be nearby.

Also nearby was Rigo Cisneros, a former Army medic who assisted both Bachmann and Caffall after the shooting.

As he lay dying, the gunman offered an apology for what he had done, Cisneros told CNN’s Brooke Baldwin.

“He did ask me to apologize to the officer he had shot,” he said.

Three College Station police officers and a woman were injured in the shooting, police said. The woman, Barbara Holdsworth, was in serious condition after undergoing surgery.

Investigators on Tuesday continued to process the crime scene.

The suspect “fired multiple rounds and investigators have recovered long guns and a pistol from the scene,” he said.

As the incident unfolded Monday, an alert warning of a gunman was sent out by Texas A&M, one of the state’s flagship universities and a sprawling campus of nearly 47,000 students.

According to his Facebook campaign page, Bachmann was a 41-year-old from College Station who had been a Brazos County sheriff’s deputy since 1993. The county’s website indicated that his four-year term as constable — an elected position that involves, among other duties, serving court documents such as eviction notices and subpoenas to citizens — was set to expire on December 31, 2014.

Warning signs of violence: What to do

Bachmann was an up-and-coming law enforcement leader who some expected to run for sheriff one day, said Marc Hamlin, the district clerk for Brazos County and friend of the slain constable for more than 20 years.

“He was a true public servant,” Hamlin told CNN.

Whenever a group wanted a law enforcement officer or squad car for a community event, Bachmann was always the first to volunteer, Hamlin said.

He also volunteered to help his friends.

On Monday, Bachmann had lunch with his chief deputy, who had to deliver the eviction notice at the nearby residence afterward. Bachmann took the notice and volunteered to serve it himself, Hamlin said.

A search of court records showed no record of Caffall having run-ins with the law except for a traffic violation.

Caffall’s mother described her son as an intelligent youth who wasted opportunities available to him.

“It’s so hard to imagine that the really sweet kid you raised turned into a huge monster, and that is what he is now,” Weaver said.

He enjoyed collecting weapons and refinishing them, Weaver said, so his owning guns wasn’t worrisome, his mother said.

Weaver said Caffall had been very affected by the death of his father when he was 12. She said it is hard to comprehend how the same person would deprive Bachmann’s children of their father.

Bachmann’s three children — ages 19, 10 and 8 — would accompany their father on mission trips in Texas. On a recent trip, they built wheelchair ramps and roofs, Hamlin said.

Less is known about Caffall. He was divorced, and was in the constant companionship of a large Sheltie-mix named Lucy, his mother said. Lucy’s fate is unclear.