Skip to content
-
Read the letter below from the mother of one of the 22 children who died that day when her bus driver slammed the bus into the inside wall of a tunnel in Switzerland with no evidence of braking yet evidence of the effort it took to drive into that wall by going over a barrier to prevent such things. The families are requesting a sample of the driver’s blood for additional testing.
In March of 2012 a bus carrying 52 people slammed into the side of a tunnel, 28 died and 22 of them were children.  Here is the previous story on this tragedy explaining how the driver had been thrown into a cold turkey withdrawal which can produce suicide and hostility. This was the result of his doctor cutting his dose of the antidepressant, Paxil, by half and him skipping his dose that morning, while so few have become aware of the 2005 USFDA  warning that ANY abrupt change in dose of an antidepressant can produce suicide, hostility or psychosis:
https://www.drugawareness.org/paxil-withdrawl-induced-bus-crash-in-switzerland-killed-28-22-children/

www.drugawareness.org & www.ssristories.NET
Author: ”Prozac: Panacea or Pandora? – Our Serotonin Nightmare – The Complete Truth of the Full Impact of Antidepressants Upon Us & Our World” & Withdrawal CD “Help! I Can’t Get Off My Antidepressant!”

WITHDRAWAL HELP: You can find the hour and a half long CD on safe and effective withdrawal helps here: http://store.drugawareness.org/ And if you need additional consultations with Ann Blake-Tracy, you can book one at www.drugawareness.org or sign up for one of the memberships in the International Coalition for Drug Awareness which includes free consultations as one of the benefits of that particular membership plan. For only a $30 membership for one month you can even get 30 days of access to the withdrawal CD with tips on rebuilding after the meds, all six of my DVDs, hundreds of radio interviews, lectures, TV interviews I have done over the years PLUS access to my book on antidepressants (500 plus pages) with more information than you will find anywhere else (that is only $5 more than the book alone would cost) at www.drugawareness.org. (Definitely, the best option to save outrageous postage charges for those out of the country!)

Did the Sierre Bus Driver Have a Pre-Disposition to Seroxat? 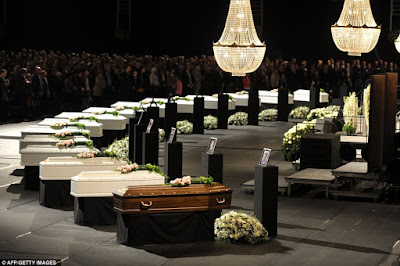 The bus crash in Sierre is in the news again, at least it is in Holland.

The Telegraf’s Jolande van der Graaf has recently highlighted that the parents of the Sierre bus crash victims (22 children) have wrote a letter to Dutch Prime Minister, Mark Rutte,  Belgian Prime Minister, Charles Michel and other various members of parliament. The letter, penned by Olga Leclercq, whose daughter tragically lost her life, is calling for the release of the bus driver’s blood samples to determine once and for all whether or not he (Geert Michels) had a poor tolerance to Seroxat. This can be achieved through DNA testing and Leclercq has already employed the services of Independent Forensic Services, Hulshorst, Netherlands to carry out these tests.

Sadly, for the parents of the 22 children who perished, they need to persuade the Swiss authorities to release sample of Michels blood, hence the letter requesting the support of the Dutch and Belgian Prime Ministers.

It’s become widely known that Seroxat (paroxetine), marketed in the US as Paxil, can cause suicidal thinking in some people who take it, it has also been proven, in US Courts, that Seroxat was responsible for, not only suicide but homicide too. (Link)

Earlier this year, after briefly meeting Olga in London, I felt compelled to write to both the British and European drug regulators, namely; the MHRA and the EMA, about the involvement of Seroxat in this sad case.. In typical limp-wristed fashion both have passed the buck onto GlaxoSmithKline, the manufacturers of Seroxat, and told me that“Companies marketing SSRIs and the national authorities that approved them will be aware of published reports suggesting that a product may have been linked to a tragic incident.”

Journalist Douglas de Coninck, who wrote a book about the bus crash, (THE BUSRAMP IN SIERRE: 1 PILL, 28 DEAD) and who also exposed the fact that the bus driver, Geert Michels, was either on or withdrawing from Seroxat at the time of the crash, has never been approached by anyone from GlaxoSmithKline regarding his findings, which kind of makes a mockery of the statement issued to me from the EMA.

Seroxat, by the manufacturers own admission, can cause a symptom called akathisia, in a nutshell, akathisia is a disorder, induced by SSRI medications, which can cause a person to experience such intense inner restlessness that the sufferer is driven to violence and/or suicide.

Olga has kindly given me permission to publish the letter on my blog. It’s been translated from Dutch to English.

Subject: Request for help in obtaining blood sample in connection with Buscrash Sierre 2012.

On the 13th of March 2012, a Belgian Touringcar drove head on against a wall in a tunnel in sierra, Switzerland. 28 people died of which 6 Dutch Children and 16 Belgian children. Many survivors are left with permanent injuries. The cause of this declared national disaster was never sufficiently investigated and therefore never found by the Swiss investigators, the case has been formally closed now.

During the investigation it became clear that the driver took Paroxetine, an SSRI-type antidepressant. A possible explanation of this crash could be that the driver was mentally seriously disrupted because of side-effects and that the crash was caused by this.

Paroxetine is known for these effects, Psychosis, Suicide, Akathisia, and violence. Some people have an above average sensitivity for these disastrous side-effects. Indications for this sensitivity can be found in a blood sample (by DNA testing).

During the forensic investigation, a blood sample was taken from the driver. This sample is still being kept by the Swiss authorities. This blood has never been tested for these effects.

For the relatives, who are united under Stichting Busramp Sierre, there is still a lot of uncertainty around the causes of this crash. To take this uncertainty away and to add information to the Paroxetine-file, it is vital to have the above mentioned blood-research take place. It is obvious that this research will have to be conducted in a professional way and in the presence of monitors who are accepted by all the parties concerned.

For this research we have a strong preference for Independent Forensic Services, Hulshorst, Netherlands, who have a lot of experience in this field. To be able to do this The Swiss Authorities will need to be persuaded to release the driver’s blood.

Therefore we would like to request that you employ your influence to make a research, acceptable for all parties, of the driver’s blood possible.

We thank you in advance for your cooperation,

At the very least, both the Dutch and Belgian Prime Ministers should grant the parents wishes for samples of Geert Michels blood. Twenty Two children died as a result of his actions, actions that have already shown, vi an independent inquiry, that he deliberately drove the bus into a tunnel wall.

Whilst the MHRA and EMA sit shrugging their shoulders, seemingly unconcerned about 22 children dying as a result of a drug they continue to give a clean bill of health, it is, once again, left to bereaved parents to find answers.

As for GlaxoSmithKline, their history of being fruitful with the truth is a poor one – even when found guilty they appeal (as they did in the 2001 Paxil homicide/suicide case.)

I will, of course, keep readers in the loop as this story develops.

For the Sake of the Children ~ Act Now!