CBS News Article
“The attack happened just two days after Adams was released from prison, KPHO reports. Adams’ attorney Jacie Cotterell said he has a history of mental illness and should not have been released without proper medication.”
Jails & prisons have been causing cases like this for decades now because no one is warning them about the extreme danger of just dropping people off these drugs as they leave prison. And they have also caused many suicides by not insuring the prisoners are getting the medications they have been taking as they enter jail or prison thinking they will be fine for several days without it!

(And PLEASE use his reaction to this case as a warning to NOT vote for Cory Booker! All we need is yet another politician who is this ignorant about these cases!)

Authorities have charged a white man recently released from prison with murder after he slit a teen’s throat inside a convenience store in Arizona last week. According to court documents obtained by CBS affiliate KPHO, Michael Adams, 27, allegedly did it because he felt “unsafe” listening to the child’s rap music.

Adams entered a Circle K store just outside Phoenix on Thursday when he walked up behind Elijah Al-Amin, 17, and allegedly stabbed him on the right side of his neck, police said. After Adams was arrested, he told officers that Elijah “did not do anything to threaten him” and heard him listening to rap music in the parking lot. 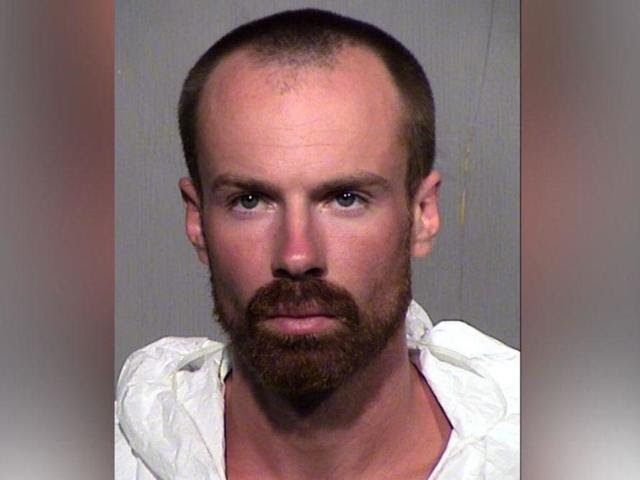 Michael Adams, 27, was charged with murder after allegedly cutting a teen’s throat.MARICOPA COUNTY JAILCourt documents said Adams yelled at detectives and stated that “rap music made him feel unsafe because in the past, he was attacked by people who listened to that music genre.” He also told investigators that he “needed to be proactive than reactive and protect himself and the community from the victim.”

Adams was booked into the Fourth Avenue Jail with a count of first-degree premeditated murder, online records show.  Adams’ bond was set at $1 million cash.

The attack happened just two days after Adams was released from prison, KPHO reports. Adams’ attorney Jacie Cotterell said he has a history of mental illness and should not have been released without proper medication.

However, the Arizona Department of Corrections said he wasn’t designated a seriously mentally ill and released on an absolute discharge on July 2.

Outcry erupted on social media following the death of Al-Amin. A hashtag #JusticeforElijah emerged on Twitter, where many users said he was the victim of a hate crime, including 2020 presidential candidate Cory Booker.

“Another one of our children has been murdered in a heinous and unprovoked way—the DOJ must investigate this hate crime immediately. RIP Elijah,” Booker wrote on Monday.

Areanna Ivery, who worked with Elijah at Taco Bell for a year, told KPHO and Al-Amin bonded over his passion for rap.

“He talked about rap music all the time. He loved rap artists,” she said. “He just always said that rap artists spoke to him, that [rap] just gave him a sense of purpose, that he went through a lot of the things that [the artists] went through.”