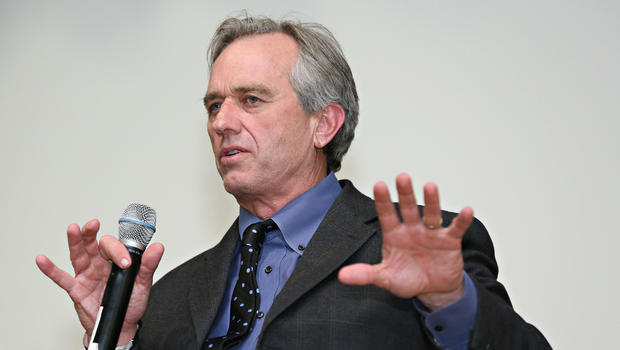 NEW PRESIDENTIAL PANEL ON VACCINE SAFETY TO BE HEADED BY ROBERT KENNEDY, JR

What a Godsend!!!! President-elect Trump has asked Robert Kennedy, Jr. to chair a presidential panel to review vaccine safety and scientific integrity and Robert Kennedy, Jr. has accepted! What a blessing this man will be in this position! From the article below by Dr. Sircus we learn a little more about what Robert Kennedy has already uncovered about the CDC and about the resulting damage the vaccines our world has blindly trusted for far too long have produced as a result of the lack of those warnings to parents while their children have been exposed to a cocktail of toxic substances via those vaccines.

“Robert F. Kennedy Jr. published devastating evidence a few years ago, that implicated the CDC in a terrible scandal in regards to the unnecessary injection of millions of children with thimerosal. Correspondence obtained under the Freedom of Information Act revealed a medical monstrosity made manifest at the very center of the medical world. Soon after the CDC in July 1999 recommended that the nation’s vaccine makers eliminate Thimerosal as a preservative, “as soon as possible,” they themselves (the CDC) secretly discouraged Thimerosal’s removal in effect deliberately exposing millions of infants to continued mercury poisoning.

“According to Kennedy, in a July 1999 letter, vaccine producer SmithKline Beecham tells CDC that it is ready to produce non-Thimerosal DTP (Diphtheria/Tetanus/Pertussis) vaccines immediately and has sufficient inventories to supply the entire U.S. market during the remainder of 1999 and the first half of 2000, by which time other vaccine manufacturers would have their Thimerosal-free DTP vaccines on line. Thimerosal-laden DTP vaccines containing 25 micrograms of mercury apiece (75 thousand trillion atoms of mercury) were then being administered to American infants at two months, four months and six months — far exceeding EPA’s recommended safe level for mercury. Had CDC accepted SmithKline’s offer, it could have immediately reduced the mercury exposures to vaccinated six-month-old children by 40%.

“Kennedy continued, “However, in November, CDC mysteriously sent a letter back rejecting SmithKline’s offer. Then, on July 14, 2000 CDC published a deceptive press release promising to require that all vaccines be Thimerosal-free as soon as “adequate supplies are available.” This was a full 12 months after the agency had denied SmithKline’s proposal.”…

“Dr. William Schaffner, an infectious disease expert at Vanderbilt University’s medical school in Nashville, Tennessee, said Kennedy has “raised issues that have been settled securely and completely by good science.” He is correct but not in the sense he is speaking. Clearly science knows that mercury is a neurotoxin so only the biggest meanest idiot in the world would think of injecting it right into baby’s blood streams.”

How vividly this brings back a memory for me of enrolling my own children in a driver education course at our local high school. Since I had already nearly lost my own life to cancer and had woken up to the damage modern medicine had done to me when they exposed me and 98 million of my generation to cancer via the polio vaccine I knew to refuse vaccines for my own children. And because I had sacrificed everything as a single mother in order to put my children in a small private school so as to avoid vaccines and the feeding of garbage foods via the public school system we had to enroll separately for any class they might want to take at the local high school.

As we attempted to do so for a simple drivers ed course we were informed that my two children would both need proof of all their vaccines. I expressed shock that they would require such a thing just for a drivers ed class and requested to sign a waiver to avoid that requirement as I personally opposed the vaccines.

The woman behind the counter informed me they had no such thing as a waiver and the vaccines were mandatory. I replied, “Since when do you have no waivers? I have always signed one in order to avoid vaccine exposure for my children.”

Once again she very firmly assured me the vaccines were a requirement and they had never offered waivers. My very firm reply was, “Well then my children will NOT be taking this class because as an expert who testifies in cases involving medications that produce brain damage I refuse to expose my own children to the brain damage those vaccines are known to produce!”

She immediately reached under the counter pulling out papers and handing them to me said, “Well then you could sign this waiver.”

She had made it very clear to me how the school system was doing all in their power to force parents into submission when it came to vaccinations. As long as I was an “expert” and knew the real dangers they had a waiver I could sign. But for any unsuspecting parent who did not know they were offered no option to avoid them! It seems all of society has been rushed into the “vaccine gas chambers” to be cleansed of these diseases which a good diet to build one’s immune system can protect us from contracting.

You can read more on this new panel from the following CBS report: