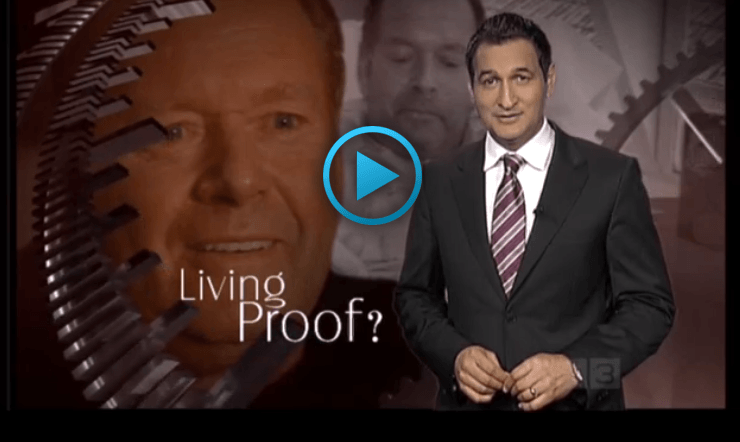 (Click the second picture to view, not this one)

Allan Smith, a New Zealand Dairy farmer, contracted Swine Flu while away on vacation in Fiji.  When he returned home, the flu quickly evolved into severe pneumonia which left him in a coma on Life Support in the Intensive Care Unit.  Chest Xrays showed the lungs were completely filled with fluid with an “opaque” appearance called “white out”.  After three weeks of this, Allan’s doctors asked the family permission to turn off the machines and let him die.  Allan’s wife Sonia had a brother with some medical knowledge, so he stepped in and said, “you haven’t tried everything, You have got to try high dose IV vitamin C on Allan”.  At first, the doctors resisted, saying it was useless. Next, the three sons weighed in with a persuasive argument to try the IV vitamin C, saying there was nothing to lose.

Vitamin C Saves Man Dying of Viral Pneumonia by Jeffrey Dach MD…. [NOTE: Although this report does not go into detail about the type of Vitamin C used it should be pointed out that far too many brands are made with GMO corn which explains why I do not work for me at all. The one I use is organic – big difference! The other does absolutely nothing for me. The difference in the two is more than obvious for me.]

Dr. Andrew Saul, an internationally-recognized expert in nutritional therapies and Jonathan Landsman talking about a simple, yet powerful way to cure pneumonia in 3 hours – naturally.

Dr. Saul reveals (2) incredible stories of recovery – from serious health problems – without the use of toxic medications or risky surgical procedures. One story is about how to reverse viral pneumonia …

and the other illustrates the healing power of nutritional supplements for babies. After listening to this video – you’ll never look @ the seasonal flu shot the same – again.

To hear the rest of this interview and gain INSTANT access to over 300 shows with over 200 integrative healthcare providers – join us inside the NaturalHealth365 INNER CIRCLE.

Another of our many Facebook groups addresses an all too common after effect of antidepressant use which Vitamin C can help … “Antidepressant-Induced Adrenal Fatigue/Failure” which can be found at the following link:   https://www.facebook.com/groups/904424182981085/?ref=br_rs

One of the most early studies done on Prozac, the mother drug of all the SSRI and SNRI antidepressants, was a study indicating that only one single dose of 30mgs of Prozac DOUBLED the levels of cortisol, often referred to as the “death hormone.” The deliterious effects of increasing cortisol are extensive including the fact that elevated cortisol is the major marker indicating depression!

Vitamin C (Ascorbic Acid) is another crucial vitamin in adrenal function and maintenance of healthy levels of cortisol and DHEA is vitamin C (Bornstein 2004; Morfin 2002).

Deficiencies of this vitamin can have profound effects on adrenal function (Brody 2002; Carroll 2000). The benefits of vitamin C are multiple, acting as an anti-inflammatory and co-factor in soft tissue synthesis and repair (Eipper 1992; Hemila 1996; Evans 2008).

In addition, ultra-marathon runners who were given 1,500 mg vitamin C after a race displayed less dramatic elevations in cortisol and epinephrine levels than is typical after such extreme stress (Peters 2001). Moreover, this same study found that vitamin C was able to suppress inflammation in the runners as well.